LYNFO is a very suggestive song where the Dominican stands out with her interpretation and very sensual vocals. 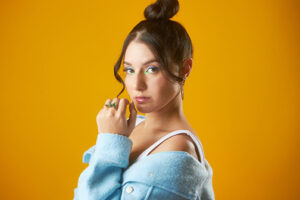 «LYNFO» is the new song by Pop /Urban singer Valentina who excels with a different musical flow in which she interprets a suggestive theme at a lyrical level, but without touching on the vulgar and maintains a varied and original line in all her songs. On this occasion, Valentina transports her followers to the eras of the 70’s and 80’s with sounds, images and colors as a reference to that generation of the ‘Disco’ that many long for. This track is available on all music platforms starting today. 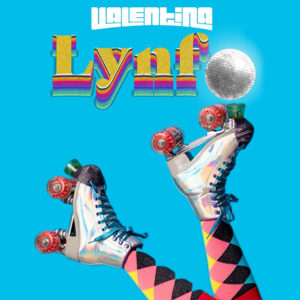 The music video which was filmed in the Dominican Republic is full of color and many elements that awaken nostalgia to the public to the times of ‘Disco’; a time when discotheques with skating rinks and sharing at the bowling alleys dominated.
Two years after her musical debut, Valentina has been positioning herself with strength, becoming in August of last year the ‘Radar Artist Centro and Caribbean’ for Spotify that catapulted her to surpass more than a million views on the platform of her music. «Cereza» was her most recent single, a duet with the Argentine-born singer/songwriter Mechi Pieretti and to date has exceeded one million views on Youtube, growing within the likes of the public.
Since she was very young Valentina has been preparing with singing, dancing, musical theater and later to educate her vocals, all to fulfill her dream of becoming a great performer. Her musical influence comes from greats of the urban environment such as: Daddy Yankee, Don Omar, Wisin & Yandel, Dua Lipa and Ivy Queen to name a few, but she has also followed and identifies with the POP of icons such as Paulina Rubio and RBD.