RETURNS TO THE STAGE AFTER TWO YEARS WITH SALSWING TOUR!” STARTING IN THE UNITED STATES. 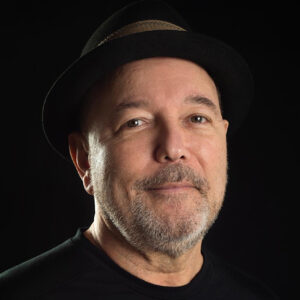 Latin music icon, Rubén Blades, announces his return to the stage with the Salswing Tour!, that will take him to eight of the major cities in the United States.
Homonym to his most recent album: Salswing!, which as its title suggests, is a historical journey and a recognition of the origins of Latin Jazz and the mutual influences between Son, the rhythmic Afro-Caribbean music, and Swing.
The opportunity to resume live concerts is finally here, and it will kick off with his Salswing Tour! In the repertoire of Blades’ concerts he will include songs from his latest album and his iconic hits, accompanied by the Roberto Delgado Big Band, composed of 20 Panamanian musicians, who have been performing in the most prestigious stages around the world for the past 10 years.
“We are very happy to be able to work and engage with our fans again, after almost two years without being able to do so. With the Roberto Delgado Big Band, a band of 20 musicians that continuously sounds better and better, we are eager and excited to share our latest album Salswing!, and my greatest hits… please make sure to get vaccinated,” stated Rubén Blades.
The Salswing Tour! is also the best way for this Panamanian artist to celebrate and share with his followers his recognition as the 2021 Person of the Year that he will receive from the Latin Recording Academy®, later this year in the city of Las Vegas, Nevada.

This award, presented by the Latin Recording Academy®, is one of the many recognitions that this renowned artist has recently received, such as the Gold Medal of Merit in Fine Artsthat is awarded by the Ministry of Culture of Spain that took place this past June in the city of Madrid, and the Harvard Arts Medal from Harvard University, his alma mater, which also made him the first Latino to receive this recognition.
“It is an honor for us to work with this Latin icon, who has inspired generations through his salsa music and his vast artistic career. Ruben Blades is not only a talented artist, but also a great ambassador and activist for our Latin community. We are proud that he has been honored as the 2021 Person of the Year by the Latin Recording Academy®,” added Nelson Albareda CEO of Loud And Live.
The multi-award winning Panamanian artist, politician, and activist Rubén Blades, makes his big return to the stage in the United States. Salswing Tour! is presented by the entertainment, marketing, and media company, Loud And Live, and will take place in the main cities including Miami, New York, and Los Angeles among others, starting in San José, California, on November 20, 2021.
The following are the dates and cities of Rubén Blades Salswing Tour! in the United States:
Tickets for the
SALSWING TOUR!
Rubén Blades
with the Roberto Delgado Big Band
will go on sale, Friday, August 13th, at 10:00am local time at www.rubenblades.com .
DATE. CITY. VENUE.
11/20/2021 Oakland, CA. Paramount Theatre
11/21/2021 Los Angeles, CA Dolby Theatre
11/24/2021 Atlanta, GA Cobb Energy Performing Arts Center
11/26/2021 Miami, F James L. Knight Center
(*) 11/28/2021 Boston, MA Boch Center Wang Theatre
(*) 12/02/2021 New York, NY Hulu Theater at Madison Square Garden
12/03/2021 Washington, DC EagleBank Arena
12/05/2021 Chicago, IL Arie Crown Theatre
(*) Both the Boston and New York show will feature Special Guest LUBA MASON presenting “TRIANGLE”, with Joe Locke on vibraphone, James Genus on bass, and Samuel Torres as additional percussionist.