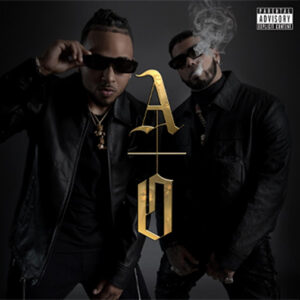 Today, Puerto Rican rapper and singer, and the pioneer of the Latin trap movement, Anuel AA released his new song and music video “23 Preguntas.”
“23 Preguntas” is a slow-tempo reggaetón featuring romantic lyrics that compare a past relationship with famous events that marked the world. In the song, written by Anuel AA and produced by Census, Jug, and Taz Taylor, Anuel AA asks his love interest 23 questions and that way try to figure out if the relationship can be saved.
“I have 23 questions to ask you // Baby just let me know if you have a little time to answer // There’s been so many fights that I know you want to erase me from your life // For real tell me if it’s not worth it to sit down and listen to me // So I can wake up from this nightmare,” Anuel AA sings in the opening of the song, setting the tone for what will become one of his most intimate and personal masterpieces yet.
As a treat for his fans, Anuel AA invited Rauw Alejandro who makes a surprise appearance at the end of the song singing the chorus with his distinctive voice.
The music video, directed by Abez, features Anuel AA in what looks like an interrogation room, decked out in all black and his unmistakable bling, getting ready to record the 23 questions.
“23 Preguntas” comes just two weeks after “Los De Siempre,” a collaboration with his longtime friend Chris Jedi, that has amassed over 11 million views on YouTube so far. This raw and edgy Latin trap comes with a message for the haters, while celebrating the real friendships that stick with you through thick and thin.
Anuel AA has also been nominated for 8 Billboard Latin Music Awards, including Artist of the Year. The complete nominations are as follows: Artist of the Year – Male Hot Latin Song, Top Latin Album of the Year – Emmanuel, Top Latin Albums – Male Artist of the Year, Latin Pop Song of the Year – “Me Gusta,” Latin Rhythm Artist of the Year (Solo), Composer of the Year, Latin Rhythm Album of the Year – Emmanuel, and Artist of the Year.
About Anuel AA:
Anuel is internationally recognized for being the Spanish Trap pioneer. He jumped into the artistic world thanks to the success of the song “La Ocasión”. At the highest point of his career at the time, the singer was put in jail and served a 30-month sentence in Puerto Rico.
On the same day of his jail- release in July 2018, Anuel released his album Real Hasta La Muerte, receiving extraordinary support from his fans worldwide. The album peaked on the first places in music charts all over the digital platforms. In 2018, Anuel was crowned as the most viewed artist on YouTube globally for more than 26 consecutive weeks. He obtained his first nomination for Premio Lo Nuestro 2019 as Best New Artist and won.
Anuel has made successful tours in the United States, Latin America and Europe, with “Sold Outs” in all cities. Additionally, he was among: The 50 best Latin albums of the decade with Real Hasta La Muerte.
His awards and nominations include Premio Lo Nuestro, Premios Juventud, Premios Tu Música Urbano, Premios Billboard and finally, Latin Grammy. The latter came with the release of his most recent studio album Emmanuel. Anuel was recognized by the Spanish Music highest authority in 7 different categories, plus the possibility of fulfilling his most precious childhood dream: singing on the stage of the biggest music idols. Starting the 2021 Anuel received 7 nominations for the Premio Lo Nuestro 2021 gala.