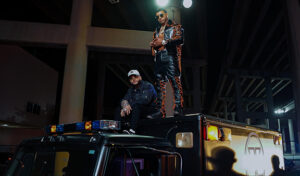 The genre’s most versatile singer-songwriter, Farruko, released his latest hit track “Love 66.” The Puerto Rican superstar teamed up with breakout Staten Island rapper CJ to bring to life his raw and gritty song bridging Rap and Latin Urban culture. The song and official video are available to stream on all digital platforms today.

“Love 66” pays homage to staying true to oneself regardless of how far they have come in the hustle. Farruko weaves a story of how you should enjoy life and everything one has achieved but never forget your roots or let anyone disrespect you. CJ’s fire, cadence, and flow prove to be the ideal counterpart for the force of Farruko’s verses and tonality and together the two paint an organic and raw picture. Farruko’s lyrics are further brought to life by the expertly laid trap and drill inspired beats that encapsulate the crude reality of everyday life.

“CJ is at the top of his game right now and I am a fan of what he is doing for the genre so it was an organic connection with this collaboration. We brought different aspects of our cultures together and our styles compliment each other’s flow and that is clear when you listen to the track.” comments Farruko.

“Working with Farruko was super dope, very easy working with him. The vibe and energy in the studio was great,” shared CJ. “What appeals to me the most about working with another Latin artist is our cultural connection, we come from the same background and can relate on many different levels, which makes it easier when creating a record.”

The video, which was produced by KPRA films and directed by Jose Paolo “Jolo” Sanchez, was filmed in Miami. The iconic visages of the Guerrero supermarket, Jose Marti Park, and Little Havana Projects takes center stage and sets the perfect backdrop to match the realness brought forth by Farruko and CJ. Both artists are featured in close up shots delivering their verses, surrounded by their crews. 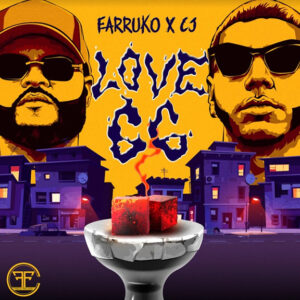 Earlier this year Farruko cemented and solidified his standing as one of the industry’s most inventive and ingenious singer-songwriters with his double release titled “Premium” which includes two tracks: “Oh Mama,” featuring Myke Towers and “XOXA,” featuring El Alfa. Both songs showcased the skillful and talented duality that he possesses as a musician and artist. This summer, Farruko will appear on the recently announced soundtrack for F9, the upcoming Fast & The Furious film, performing “Rapido” with Myke Towers, Amenazzy, and Rochy RD.

Farruko is considered one of today’s leading artists due to his incredible musical versatility, something that has allowed for him to conquer audiences on a global scale with his plethora of hit songs. Each of his projects has created a space where he, as an artist and performer, has managed to impact the world and fans leaving behind a rich legacy within the Latin music industry. He is currently working on his highly anticipated next album, La 167, slated for release later this year. For CJ, the success keeps growing with his breakout track “Whoopty” which topped the Urban & Rhythm charts at #1 and continues its dominance as a hit song of 2020 and 2021.