DEORRO TEAMS UP WITH ELVIS CRESPO AND IAMCHINO 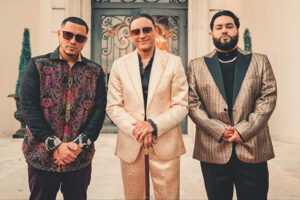 Globally lauded multi-platinum selling producer and EDM DJ, DEORRO, releases latest hit single “Napoleona” alongside legendary American-Puerto Rican merengue singer Elvis Crespo and GRAMMY award winning producer/artist and DJ IAmChino. The song, as well as the official video, is available on all streaming platforms today.
“Napoleona” is the fourth song coming from Deorro’s upcoming crossover Latin dance album “ORRO,” which is perfectly timed for the nearing festivals and live shows of summer 2021. The song hits all the high notes that Deorro has become known for within the world of EDM and Latin music. With its catchy rhymes and tempos, “Napoleona” is the precise song that fans of Deorro, Elvis Crespo, and IAmChino around the globe will be looking for in the coming months. “Napoleona” is a fiery and explosive song that is brimming with colorful authenticity that is full of life. Deorro and IAmChino created a song that gradually but quickly kicks up the energy levels within the beats that is perfectly complemented by the lively vocals and cadence of the legendary Elvis Crespo. 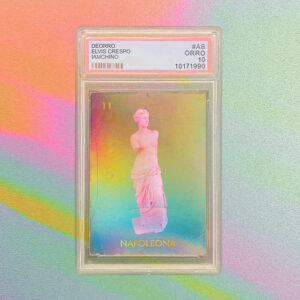 The video, which was directed by Israel Gonzalez Santiago and produced by Nicole Perez Saavedra, mirrors the feel and vibe brought forth by “Napoleona.” In it, fans will see Deorro, Elvis Crespo, and IAmChino as the stars of the show as they find themselves going up against their own Napoleona. The video possesses the ideal hues and tones that add a sense of playful mystery while also expertly tying into the theme and storyline of the song.
Prior to the release of “Napoleona,” the multi-platinum selling producer and EDM DJ released “Ponte Pa’ Mi” which saw him joining forces with Puerto Rican rapper and artist Jon Z. The song features Deorro’s signature unique production style and gives his fan base something that is continually innovative and memorable. Jon Z’s cadence, flow, and tonality helped take the song to the next level. Before “Ponte Pa’ Mi,” Deorro released «Si Tu No Estas Aquí» alongside Latin American pop singer Lua and «Me Siento Bien» alongside Kura and Alex Rose. His full repertoire of songs stays true to Deorro’s one-of-a-kind Electro House-Cumbia, something he has focused on since the mid-2010s. Keeping true to his roots, but also keeping in mind the direction and trajectory the music industry is going, he has gone on to merge the traditional elements of genres like cumbia and banda with popular EDM beats. This vision for his music has been something that garnered the producer and EDM DJ immense success as they were the basis for his songs «Bailar» and «Pica,» both with the iconic Grammy Award-winning merengue artist, Elvis Crespo.