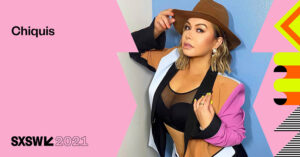 She is a featured speaker as part of the conference of the prestigious festival in a session entitled Chiquis on the Importance of Investing in Yourself, airing on SXSW Online 2021 on Sat, March 20 at 11:30am ET on Channel 1.

Join Chiquis for a candid conversation about her Latin Grammy winning album, building her brand, and the importance of investing in yourself. From creating a strong team to prioritizing self-education, Chiquis will provide learnings from her own journey in overcoming adversity and making sure you don’t lose yourself in social media.

For information on CHIQUIS’ session on Saturday and how to register, click HERE.

CHIQUIS won her first Latin GRAMMY for Best Banda Album (for PLAYLIST), at the 21st annual awards celebration of musical excellence in November 2020. The singer-songwriter is the first solo female artist to win the award and only the second soloist to win in the category, after the legendary Joan Sebastian. 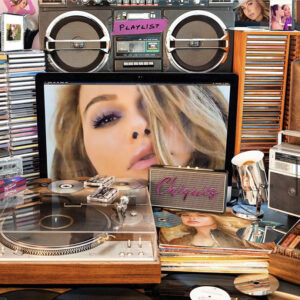 About CHIQUIS
Janney Marín, better known as Chiquis, is an artist (singer and songwriter), businesswoman, author and television celebrity and Latin GRAMMY award winner for Best Banda Album (for PLAYLIST).

In 2017, Chiquis released her successful single «Vas a Volver». The song was produced by ten-time Latin Grammy winner and producer Edgar Barrera, who also produced her previous hit “Horas Extras». Both songs received radio airplay across the United States and Mexico. «Vas a Volver» is part of her second album titled Entre Botellas.