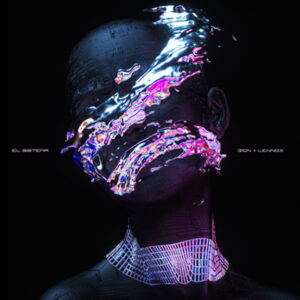 Today, legendary reggaetón duo Zion & Lennox released their fourth studio album called EL SISTEMA, while celebrating the 20th anniversary since they became a musical act.
EL SISTEMA consists of 13 songs and an introduction, including the previously released “No Me Llama” with Myke Towers (18 million views on YouTube), “Te Mueves” featuring Natti Natasha, “Gota Gota” together with El Alfa (10 million views), and “Sistema” (15 million views).
The tracklist is as follows:
00- Intro: A quick compilation of 20 years of hits giving you the perfect introduction to what you can expect from the album. Some of the samples used include “Pierdo La Cabeza,” “Zun Da Da,” “Guayo,” “Fantasma,” “Yo Tengo Una Gata,” “Yo Voy,” and many more, setting the tone for a whole album full of new bangers like what we’re used to from Zion & Lennox. 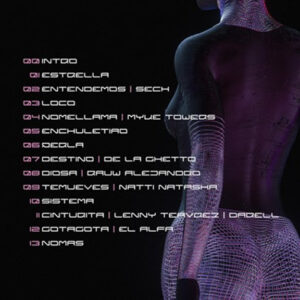 01- Estrella: “Estrella” is a reggaetón in the very recognizable Zion & Lennox sound that talks about a beautiful woman that looks like a star (estrella) and the length they’re willing to go to make her feel like the queen she is.
02- Entendemos: “Entendemos” is an exquisite collaboration with Panamanian sensation Sech that touches on relationships that might not seem perfect to the outside world, but in reality the two parties get each other and have unbelievable chemistry and make it work despite what people might say.
03- Loco: We’ve all been there: we end a relationship but end up going “Loco” (crazy) because you’re still not over that person, and keep reminding yourself all the ways you could’ve saved that relationship. That’s what “Loco” is all about paired with a slow reggaetón that makes it the perfect song to dedicate.
04- No Me Llama: Countless times we’ve heard the female side: a guy leads her on and ends up using her to get into bed. This time around, in “No Me Llama,” Zion & Lennox together with superstar Myke Towers flip the script and share their experience as the guys who end up being used by women.
05- Enchuletiao: This is the perfect hype-up song to get ready to go out and feel yourself! “Enchuletiao” is that song you dedicate to the haters who wanted to see you fail, but you pulled through and are living your best life against all odds with an unmatched swag.
06- Perla: It’s not all about perreo for Zion & Lennox, and with “Perla” they show their softer, more romantic side and showing their most vulnerable side in a beautiful downtempo reggaetón with tropical guitars intertwined in the beat.
07- Destino: On “Destino,” Zion & Lennox team up with another OG, De La Ghetto, for a track that recounts those times you’re in the club and send drinks to a woman that caught your attention although she’s doing her own thing, but that doesn’t stop you from creating a whole fantasy in your head.
08- Diosa: “Diosa” is the perfect song to describe a woman by calling her a goddess. Zion & Lennox’s unique style matches perfectly with Rauw Alejandro’s freshness creating an explosive collaboration that not only has a catchy rhythm, but also has very appealing lyrics.
09- Te Mueves: We all remember the viral “Te Mueves” challenge that took over social media last year. It was only fair that this hit by Zion & Lennox featuring one of the biggest female reggaetón stars, Natti Natasha, found its home as part of El Sistema.
10- Sistema: The track that gives name to this album, “Sistema” is a song that makes you want to dance no matter what with its infectious beat and lyrics that will make you want to create your own “Sistema” (system) for when you go out partying with your friends.
11- Cinturita: Time to get sexy with “Cinturita” featuring Lenny Tavárez and Darell, the perfect song to grind all the way while vibing to the lyrics that are a bit more provocative than what we’re used to hearing from Zion & Lennox.
12- Gota Gota: Versatility is the name of the game with “Gota Gota” featuring Dominican dembow sensation El Alfa. The song is composed of the highly danceable and popular elements of urban music which is infused with a strong Dominican dembow influence.
13- No Más: To round up this iconic new album by Zion & Lennox, we get the feel-good “No Más,” a track you can’t help but to move to, while repeating the super easy-to-sing chorus with its captivating melody.
Together with the album, Zion & Lennox also released the music video for their next single, “Estrella,” which features the pair having fun in a beautiful mansion in Santo Domingo complete with an infinity pool and waterfalls, surrounded by scantily-clad women dancing along to the song, although none of them are the real “estrella” (star), who at first seems unattainable, but as the video progresses, she makes her way into the party.
With over 200 hits under their belt, Zion & Lennox have captivated fans worldwide and have been a fundamental influence in reggaetón culture and what it’s become today. Their last album, Motivan2, debuted at #1 on iTunes in the US and Latin America. The album included international smash hit, “Otra Vez,” featuring J Balvin, which garnered over a billion views on YouTube and landed them on Spotify’s coveted “Global Top 50” chart. Zion & Lennox’s follow-up single, “Hola,” closed out 2018 at #1 on US Radio Airplay.