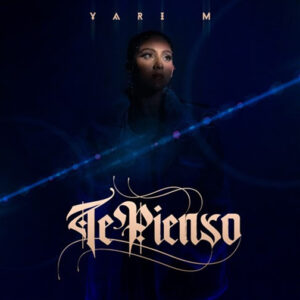 Today, up-and-coming Puerto Rican singer Yari M released her brand new single and music video “Te Pienso.”
“Te Pienso” is a slow tempo reggaetón and pop mix with lyrics that talk about losing a love yet not being able to accept the relationship is over and thinking about them constantly. “I still ask myself what’s the deal // If we both want to, why aren’t we together // What’s happening with you, what’s happening with me // I’m here without you but I can’t forget you, no,” Yari M sings in the chorus, painting a picture of the situation.
Produced by the recognized Hi Flow and YoFred, the contagious melody and easy-to-learn lyrics will have everyone singing this song in no time.
The music video was directed by Adrian Sánchez Avila and Yari M’s sister Kiannique Cordero and shows Yari M in a dream where she’s reminiscing about the relationship as the shadow of her past love follows her. 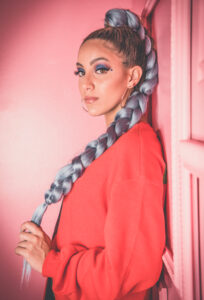 Yari M broke into the scene in the summer of 2020 with a fresh proposal that matched her youth and stylish demeanor. “Fulana” turned out to be a great start to her career, garnering 1.3 million views on YouTube and positioning Yari M as the next big female act to watch. “Maltrato” followed with a funky video lyric that took off in Mexico, also garnering 1.3 million views.
After the success of these two singles, Yari M released her first EP Yo Soy, with six songs including “Freshy,” which became so popular that reggaetón veteran Randy and popular performer Brray joined forces for a spectacular remix that surprised not only Yari M’s fans, but also artists who saw the potential to collaborating with her.
Now, Yari M is back at it with “Te Pienso,” once again proving her versatility and talent in a song that will resonate with many thanks to its relatable lyrics.