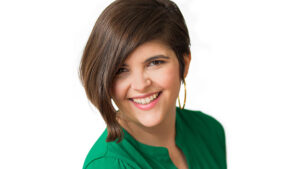 The Georgia Latino Film Alliance (GALFA) today announced it has appointed Julie Ann Crommett, a nationally recognized industry thought leader and champion for equity, opportunity, and representation within the film and entertainment industry, as their new Board Chair.

Crommett will work closely with the Board of Directors to grow the organization into a valuable resource and support system for next-generation Latinx filmmakers, students, executives, and content creators in Georgia.

«It is my great honor to welcome Julie Ann Crommett as the newest elected GALFA Board Chair, «said Jose Marquez, CEO, and Founder, GALFA. «Her unique business experience in the DEI space, her creative insights, and ongoing commitment to advocating for systematic change will undoubtedly help our organization scale to greater heights under her strategic guidance.»

“We are so fortunate to have Julie Ann join us in our mission towards achieving new benchmarks in the film and entertainment industry,” said Yvette Moise, President, and Co-Founder of the Georgia Latino Film Alliance and Festival. “Together we will work towards making this place a whole new world.”

Crommett has been working in the Diversity, Equity, and Inclusion (DE&I) space for over a decade leading disruptive, systemic change across film, media, entertainment, and tech industries. In this role, she hopes to continue that work by engaging with the local Latino creative community and connecting their creative work more deeply to the larger entertainment industry in Georgia and beyond.

“I am humbled to join the GALFA board and look forward to working with the talented board, partners, and members who tirelessly foster Latino development in the film industry,” commented Julie Ann Crommett. “GALFA is moving ahead stronger than ever. I’m excited to join Jose and Yvette and their outstanding team in giving voice to America’s next generation of Latinx Storytellers.”

Crommett’s career path stems from working at two of the top global film Studios (The Walt Disney Studios and NBC Universal) as well as the #1 multinational technology company Google. She is currently the Founder and CEO of Collective Moxie, a consultative agency that focuses on DE&I strategy, narrative, and community engagement.

Some of her most notable work was while serving as VP, Multicultural Audience Engagement at The Walt Disney Studios spearheading efforts to diversify talent in front of and behind the camera, connect creative projects with communities they touched, and build a more inclusive culture within the Studio.

Crommett has been recognized by The Hollywood Reporter’s 35 under 35, the IMAGEN Foundation’s Influential Latinos in Entertainment list, and as an ADCOLOR Innovator. She hosted a TEDx Talk in 2016 covering equity & storytelling and serves on the boards for the Hispanic Federation, The National Association of Latino Independent Producers, and Women in Animation.

A proud Puerto Rican and Cuban American, Crommett was raised in Atlanta, Georgia, and earned her Bachelors of Arts in English at Harvard University.