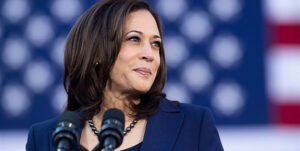 Historically Black Colleges and Universities (HBCUs) have a proud history and legacy of achievement. In the face of discrimination against Black Americans by many institutions of higher education, HBCUs fostered academic excellence and created pathways to opportunity for Black students throughout our Nation. HBCUs vary in size and academic focus and serve a range of diverse students and communities in urban, rural, and suburban settings.

HBCU graduates are leaders in every field and include barrier-breaking public servants, scientists, artists, lawyers, engineers, educators, and business owners. There are several HBCU graduates serving in senior roles in the Biden-Harris Administration, including Director of the White House Office of Public Engagement Cedric Richmond, Environmental Protection Agency Administrator Michael Regan, and Vice President Kamala Harris – the first HBCU graduate ever to serve as Vice President of the United States.

Despite this record of success, disparities in resources and opportunities for HBCUs and their students persist, and the COVID-19 pandemic has highlighted continuing and new challenges for HBCUs. In order to promote our shared prosperity and advance equity for all Americans, the Biden-Harris Administration has prioritized and delivered historic levels of investment in and support for HCBUs. Those actions include: