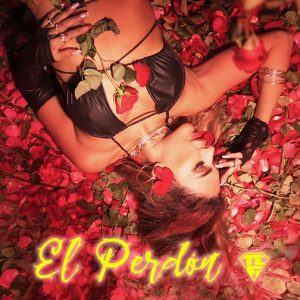 The singer premieres a new song that ‘expresses the strength of women to cope with disappointment’ and invites them to turn the page in their lives, ‘life does not end no matter how much damage someone does to them’

Tefi Valenzuela highlights that ‘El Perdón’ is a creative collaboration with Vyal Music, written in the city of Medellín, Colombia, in December of 2020

Tefi Valenzuela is pleased to present “El Perdón”, her new release that raises her voice for women. After stopping by and collecting personal experiences, she transforms them into lyrics with feeling to sing from the soul.

With more than 13 million views on YouTube, 2.6 million followers on Instagram, 1.1 million followers on Tiktok and thousands of monthly listeners on Spotify, Tefi Valenzuela’s career has been marked by her personal life. This stems from how it has served as a source of inspirational highs and lows at the heart level. Sensitivity that since 2018, has allowed her to enter the world of music at the hands of creative Mexican, Venezuelan and Colombian composers and producers, after a successful career as a television presenter and model. These feelings are evidenced in the songs “Algo enfermizo”, “La Cumbia de los Infieles” and «Cumbia de Despedida» that have collaborated to «El Perdón», which debuted in all digital platforms this March 5th.

In “El Perdón” her followers will discover a fusion that achieves a powerful combination with cumbia and reggaetón called “cumbiatón”. Tefi Valenzuela metaphorically uses the phrase «you forgot that the most fragile flower always has thorns», in the song’s lyrics to compare a woman with «a rose that may seem weak and is a symbol of love but has thorns that symbolize those gills that they have to defend themselves, no matter how harmless they may seem”. 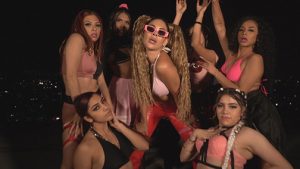 “El Perdón” was produced by the Music Junkies in California, USA, under the executive direction of Cerro Music Group and QUIT MUSIC MX.

You can listen to “El Perdón” by Tefi Valenzuela on all digital platforms and turn up the volume on this song that raises the voice for all women with great international projection.