WITH BAD BUNNY AND JULIETA VENEGAS.

Evocative multi-award-winning producer and artist, Tainy, is once again breaking creative barriers this time bringing together two very different artists; frequent long-time collaborator and global superstar Bad Bunny and emblematic Mexican-American singer-songwriter Julieta Venegas for the release of “Lo Siento BB:/”. This is the first single from his upcoming debut full length studio album titled “DATA”.  The release of the song comes on the heels of Tainy winning Billboard Latin’s “Producer of The Year” award for the second consecutive year and receiving four nominations at 2021 Latin GRAMMY® Awards for «Album of the Year» as producer of Bad Bunny’s “El Último Tour Del Mundo,” «Song of the Year» for “Agua,” and «Best Urban Song» for “Agua” and “Dákiti”. “Lo Siento BB:/” along with the official video, is available for streaming on all digital platforms today.

Last night, NEON16/Tainy held a special video premiere in Miami for “Lo Siento BB:/” where fans flocked to witness an early preview of the video and snag exclusive merchandise. Reaching capacity before doors even opened, the team quickly switched locations to accommodate the large number of fans who had been lined up for hours to get a special sneak peek at the new project.

With this newest hit, Tainy further consolidates his status as one of the music industry’s most preeminent and prominent authorities. “Lo Siento BB:/” categorizes as one of his more dreamlike and nostalgic-filled songs as it possesses beats and rhythms that are softer, surreal and more calmative. The producer and artist calls upon two equally emblematic vocalists to help breathe life into his vision for the song and take it into another world of possibilities. Julieta Venegas lends her dynamic and incomparable vocals setting the pace and landscape for what is to come when Bad Bunny’s smooth and rhythmic vocalization enters the song.

“This track is a dream come true. It’s been a long journey to finally get to release a part of the work from my upcoming debut album and I think there’s no better way than this to kick it all off. I am a huge fan of both these artists and to have been able to bring them into my creative space and create something really different not heard before makes me so happy!” shared Tainy.

“Working with Tainy is always a pleasure. The world knows that when we get together we make magic. What’s so special about this track? That in this one I have the honor of sharing vocals on the same track with Julieta Venegas, something I never imagined and that’s why it fills me with so much emotion,» said Bad Bunny.

“Tainy contacted me through my publisher, and made me the best possible invitation ever. He told me, I have a song with Bad Bunny, and I would like you to write something, a response to what he is saying. It’s a song that talks about not believing in love, wanting just a fun night and that’s it, but mostly out of fear, I like that love comes out portrayed as someone who cheats «that guy always lies to me». As if it were a person. So, my response was: I also thought it would be just another night but something changed. Let’s just say that in the song I’m kind of looking forward to seeing where it goes, even if he prefers not to stop there, and I love the game. Tainy is super generous, that way of inviting me was ideal for me, to work this way, writing and telling a story through a song. And well, the video is a genius. I’m happy with the song, and with the result. I hope that someday we will sing it live.” commented Julieta Venegas.

“Lo Siento BB:/” starts off with Tainy taking an almost devious type role as he begins to upload data into a female robot resting in a capsule. This an act that causes her to enter a sort of dream state with data she is receiving from his music. What follows next is fantasy world filled with romantic hues and a dry landscape where Julieta Venegas enters with her soul-stirring vocals, which eventually lead way into the primary focus of the video that features Bad Bunny in a maze like realm and a melancholic monster roaming the streets of a desolate-looking San Francisco in search of his love interest. The video was filmed by STILLZ and produced by We Own The City. 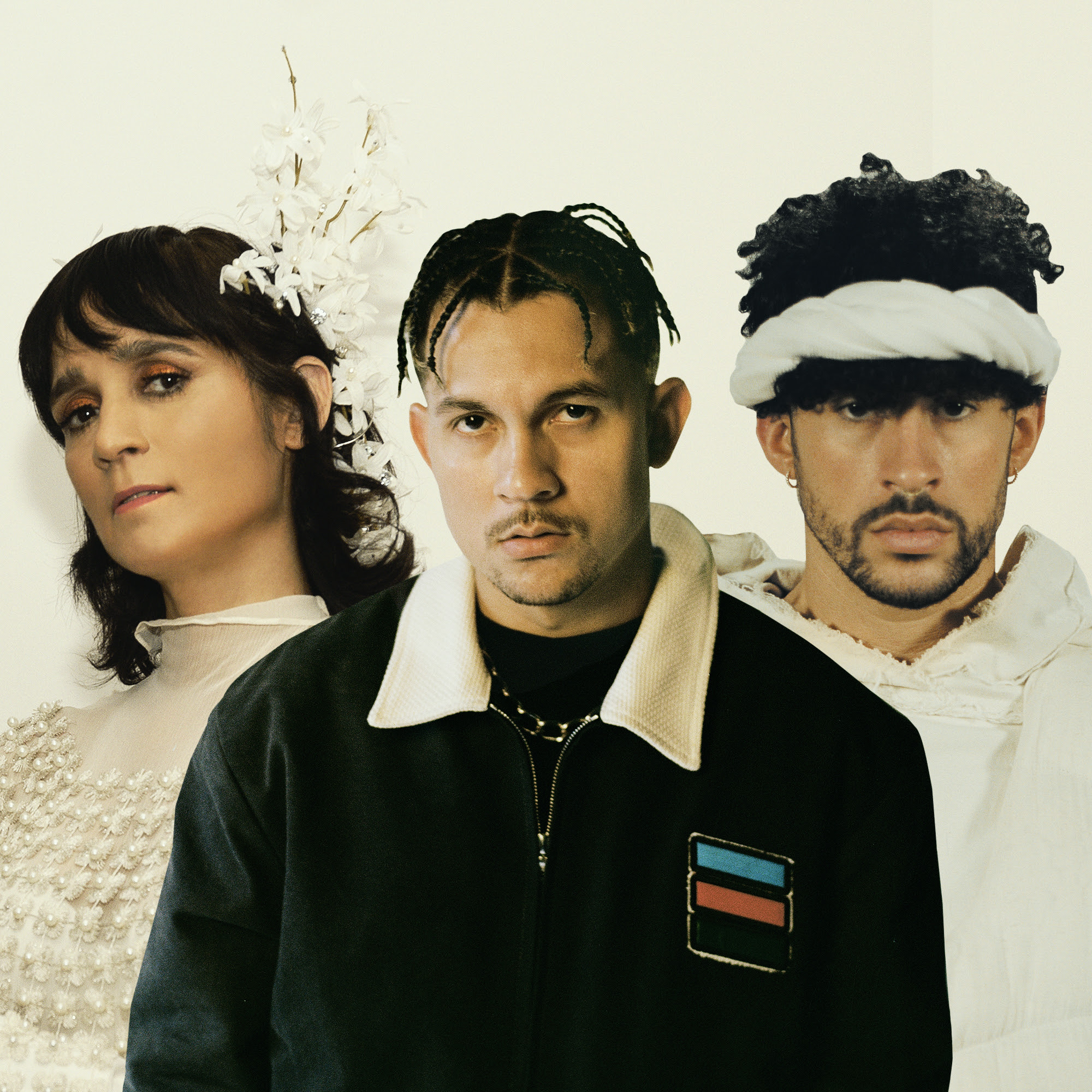 This week marks a massive milestone for Tainy, as he reaches his record breaking 100th week at #1 on Billboard’s Latin Producer charts. This is unprecedented and never before reached by any producer.

Tainy has continued delivering hits throughout 2021— having recently teamed up with Shawn Mendes for the release of their global hit “Summer of Love,” which has amassed over 73 million streams combined. The single made its television award debut at this year’s MTV VMA’s where Tainy and Shawn delivered one of the biggest performances of the night. The critically acclaimed producer and artist also joined forces with Maroon 5 and Anuel AA for the crossover hit “Button” off of the band’s latest album, Jordi. His song “Yonaguni,” with Bad Bunny ranked #3 on Spotify’s Global chart and #10 on Billboard’s Hot 100 within days of its release. Recently Tainy worked with J Balvin on two of his hit songs: “In Da Ghetto” with Skrillex and “Nirvana” with Metallica. Tainy kicked off the year with the release of his hit track “Sunbathe» with GRAMMY® Award-winning singer-songwriter, Miguel. These collaborations all came after his highly successful work with Selena Gomez on the No.1 on Billboard single “Baila Conmigo» ft. Rauw Alejandro as well as “De Una Vez” off of her debut Spanish EP Revelación, which was executive produced by NEON16/Tainy.