Featuring Brray and Cauty, and it’s available on all digital platforms. 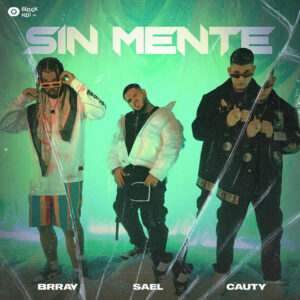 After the viral- success of “Mota”, the Argentine singer and songwriter Sael, invited Brray and Cauty to participate in his new promotional single “Sin mente”. The perfect song to liven up and party all night long, and it is now available on all digital platforms.
A very contagious- rhythmic song that reminds us of the greatest hits of classic reggaeton, that’s what “Sin mente” is meant to be.
This musical «explosion», written by his interpreters Sael, Brray and Cauty, and produced by Alejandro Ramírez aka Sky Rompiendo and Sael himself, under the Black Koi Entertainment record label, becomes the new «ace up the sleeve» of Sael. His amazing talent has transcended borders, first conquering his native country Argentina, then Latin America, and, now the US market.
The song premieres with its official music video, recorded in the city of Miami, directed by “DeathofGian” and produced by Ken Rodríguez, and becomes available through Sael’s official YouTube channel.
“I am grateful to have the opportunity to work right next to Brray and Cauty, I feel that the fans are going to love and enjoy this song a lot. Sin mente is definitely going to make everybody dance to the urban beat”, said Sael.
Just a month ago, Sael released his single “Mota”, and, during this short period of time, the videoclip has surpassed the barrier of one million views on YouTube.