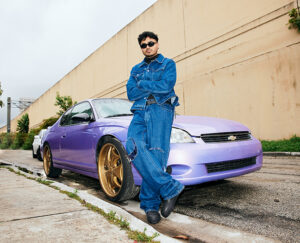 Latin Urban music singer-songwriter Álvaro Díaz surprises us once again with an innovative sound on his latest single, «Gatillera.» This single delves into the subject of platonic love using a fresh sound while blending it with touches of hip-hop and rap and is the first single off of his highly anticipated album ‘Felicilandia.’ “Gatillera” is available on all digital platforms today.

Álvaro Díaz wrote «Gatillera» at the beginning of quarantine, while exploring new sounds without knowing what he would find. The song speaks to how Álvaro invested all of his time during quarantine on a platonic love. All that free time was dedicated to an unattainable love, but that didn’t stop him from falling head over heels in love.

“Gatillera” was written by Álvaro Díaz and produced by Lara Project and Brandon Cores, who are also the producers of «Telepatía.» Álvaro Díaz and Lara Project have been collaborators on this project since 2015. “Gatillera” represents the first part of a story which will be divided into four chapters. Inspired by Pulp Fiction, the story shows us how Álvaro falls in love with the wrong person and although he tries to avoid it, he completely surrenders his heart. 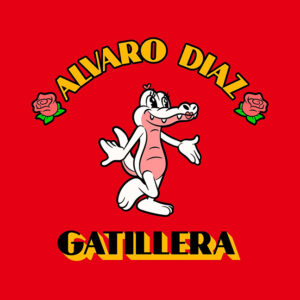 Álvaro Díaz also stands out for his work as a composer in «Deja Vu,» the latest single by Tainy and Yandel, as well as in «Sexo Virtual,» «Brasilera» and «Aquel Nap» on Rauw Alejandro’s new album, and also in «Baila Conmigo» by Selena Gómez featuring Rauw Alejandro. Alvaro not only expresses himself through his music but also through his fashion, showing great interest in the symbolism of his work from beginning to end. Álvaro Díaz’s versatility is one of the reasons why he remains at the top of the urban music charts.

«Gatillera represents the magic of love during quarantine,» says Álvaro Díaz, and it is the first chapter of this new stage for the Puerto Rican artist called ‘FELICILANDIA‘, the most creative and innovative project he has created so far. To date, the voice of the urban music space has more than 2 million monthly listeners on Spotify.