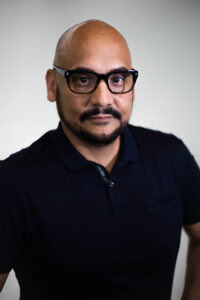 Throughout his lengthy career, the Emmy award-winning producer and philanthropist has contributed to the careers of many of today’s top global artists. Because of Molina’s keen eye for talent and business, Billboard has honored him with his placement and recognition on the list. Molina has demonstrated that his innate ability to bring together unlikely collaborators to create music with a sound that is altogether unique and unprecedented. The GRAMMY award winning producer was the driving force behind many of today’s hottest crossover tracks like “Mamacita” from the Black Eyed Peas with Ozuna and J. Rey Soul, “Ritmo” by the Black Eyed Peas and J Balvin, and Regional Mexican superstar Gerardo Ortiz’s album “Mas Caro Que Ayer” and his No. 1 hit “Otra Borrachera.”

This isn’t the first time that the savvy tech investor was recognized on a Billboard’s list. In October 2020, Molina was named one of 2020’s Latin Power Players by Billboard Magazine for his many achievements within both the Latin music and Anglo music industries. Molina revealed to Billboard that he sees how important it is to create music that not only pushes boundaries but also showcases the interconnectivity that lies within the Anglo and Latin genres of music. Through his work as a manager, producer, and philanthropist, Molina hopes to continue creating spaces for more advocacy and support among artists, producers, and fans.

In addition to his work with the Black Eyed Peas, he has worked with globally renowned artists like Joan Sebastian, Paulo Londra, Luis Coronel, Ty Dolla $ign, and Afrojack. He has also worked with Maluma on his hit track “Feel The Beat,” and Shakira’s “Girl Like Me,” both of which charted on Billboard’s Latin Airplay List and achieved immense success on the Top 40 radio formats. His work on “Ritmo” and “Mamacita” saw the song garner Diamond certification in France, in addition to “Girl Like Me” being certified Platinum and “Vida Loca” with Nicky Jam and Tyga being certified Gold (in France, respectively). Alongside industry veteran Scooter Braun, Molina co-manages rapper YG and singer-songwriter Luis Escalera. He has also taken on the management of former Shoreline Mafia star OHGEESY, breakout Latina singer-rapper trio Sweet Taboo, rising artist Adriel Favela, and Mexican twin duo VICE MENTA.