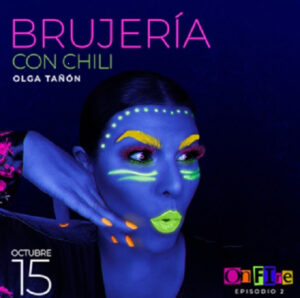 Tropical music legend Olga Tañón released “Brujería” and “Achilipú,” the first songs of what will be her upcoming album Pal’ Combo… Es Lo Que Hay, featuring six popular songs from El Gran Combo de Puerto Rico reimagined as merengues.
Olga Tañón reached a historic agreement with El Gran Combo de Puerto Rico, one of the most iconic salsa orchestras in the world founded in 1962, to produce six of their hits as merengue songs and release them as an album. The first single to come out of it is a medley of “Brujería” and “Achilipú” that was exclusively released through Salsasoul 98 in Puerto Rico and is now available on all digital streaming platforms.
The full album will be released on November 19, 2021, in commemoration of the celebration of the 528th anniversary of the discovery of Puerto Rico.
PRE-SAVE
https://onerpm.link/brujeriaconchilli
Among the other songs in the album are: “No Hay Cama Pa’ Tanta Gente,” “Jala Jala,” “Los Tenis,” and “Arroz Con Habichuela.” For the first time, the album will have three different versions mixed in 8D format, which will captivate tropical music lovers as it will provide a more immersive experience. The album will also include two club remixes by a surprise mega DJ very popular in the Latin music industry.
Before the official album release, Olga Tañón will premiere the album in Boquerón, Puerto Rico, tomorrow Oct. 16, in a special performance where she will record the six music videos with a team of the best professionals within the audiovisual field and the top local talent in the area.
Pal’ Combo… Es Lo Que Hay was executive produced by Opción 1 Entertainment, Olga Tañón, and Billy Denizard with the musical production of Eliot “Mago de Oz” Feliciano, and general production by María de los Ángeles Martínez. The album was produced in Puerto Rico, United States, and Colombia.