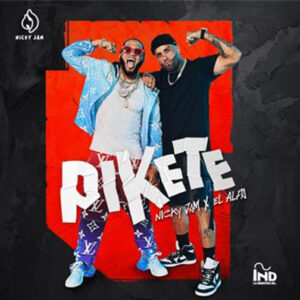 Latin music pioneer Nicky Jam releases a new musical collaboration with the «master» of the Dominican dembow El Alfa. Together, both Latin-music superstars give life to “Pikete», a song that promises to become the new summer anthem and is now available on all digital platforms.
«Pikete» tells the story of a woman who seems unattainable because of her beauty and attitude. The song was born from the composition of its interpreters Nicky Jam and El Alfa, along with Slow Mike, Luis A O´neill, and Juan Diego Medina Vélez, under the record label La Industria INC.
The song premiers with its official videoclip, directed by the real pioneer of urban genre music videos Jessy Terrero, with the production house Cinema Giants. The lighting, performances, and camera shots will make you think that you are enjoying a cinematographic piece because the idea is to take the fans to an abstract and robotic universe.
The videoclip for «Pikete» is full of mystery, and the true starring character of the story, the woman who owns the «Pikete», will surprise the audience in the final shot.
It is not the first time that Nicky Jam and El Alfa do “magic” in the studio. Songs such as «Nadie como tú» «Segueta remix» and «A correr los Lakers» have united them at a professional level, however, the last interview that Nicky Jam made with El Alfa, through his own talk show “The Rockstar Show” generated more than 3 million views on YouTube, and their fans asked to see them together, again.
« Nicky Jam presenta colaboración musical con El Alfa “Pikete”
Día de los Caídos: Estados Unidos rinde tributo a sus muertos en acciones militares »