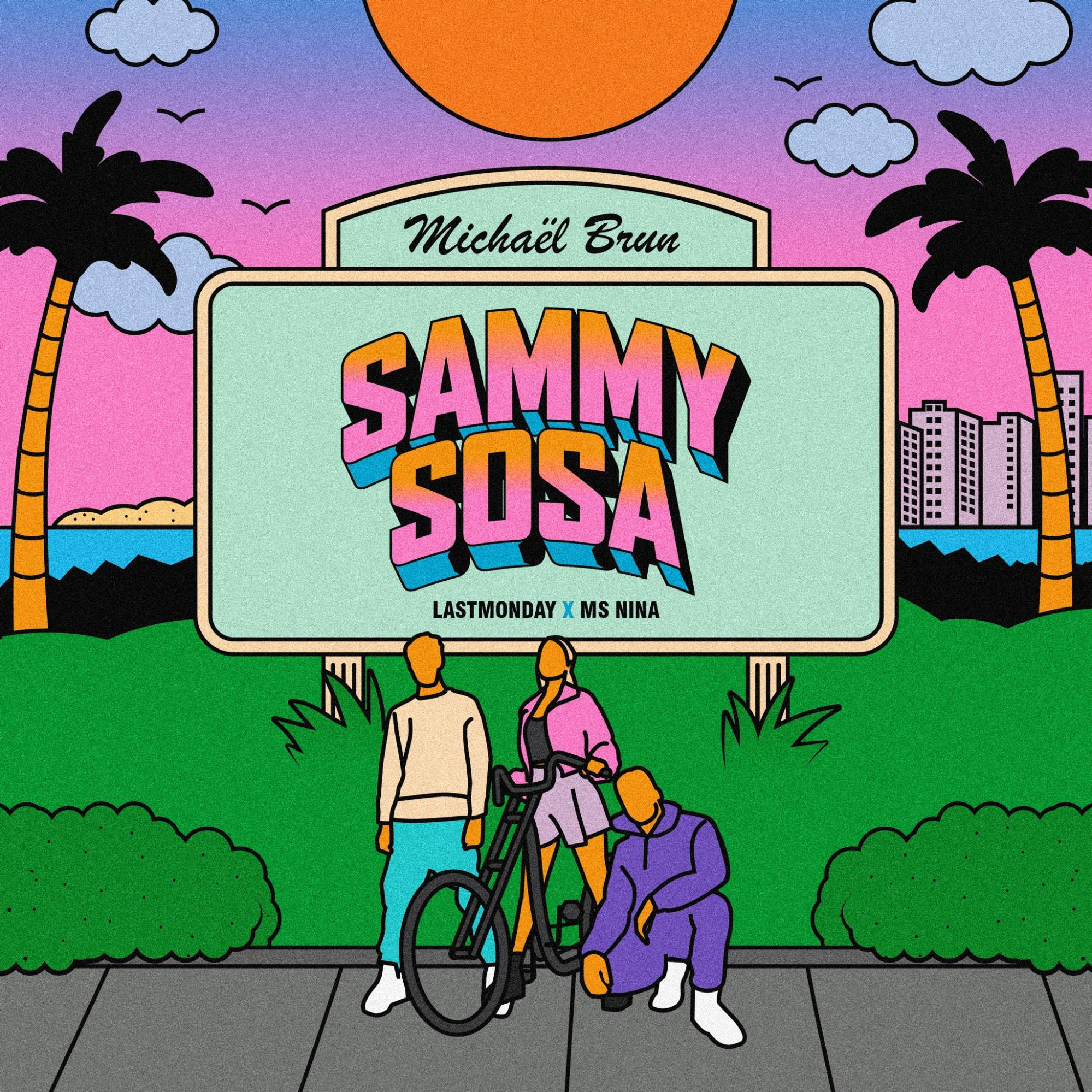 ‘Rasanbleman,’ Haitian-Creole for, to gather, has been Latin Grammy winner Michael Brun’s focus for the better part of the last decade; uniting artists from across the world to celebrate and come together on global beats. As music has flowed from Africa, across the Caribbean into Latin America, so too has the Haitian born Brun, collaborating with artists from across the musical spectrum, a list that runs from Nigerian Mr Eazi to Columbia’s J Balvin, Benin’s Shirazee to Jersey Club queen Uniiqu3.

Brun’s mission as a Haitian artist has been to define his homeland, not by tragedy or despair, but by the richness of its culture, the pride and resilience of its people and the beauty of its music. In the wake of another devastating earthquake in Haiti this mission takes on renewed urgency.

His newest two-track release, written several months ago, is a celebration of the connection between club culture, Afro-Caribbean beats and the contemporary Latin scene, and sees Brun working with the fiercely talented rapper Ms Nina, who has bridged the divide between her homeland of Argentina and Spain with a new take on reggaeton, remix and rap star Fuego, and the Bronx-Born Dominican artist LASTMONDAY.  On Ocho, the collaborations with LASTMONDAY and Fuego, who attended school in the DR, were particularly important for Brun, to celebrate what unites, rather than divides, Haiti and the Dominican Republic.

The high-energy reggaeton club music of Tego Calderon and Daddy Yankee dominated the sound systems and parties of Haiti when Brun was learning to DJ and produce as a teenager. Sammy Sosa and Ocho are a nod to those Haitian club roots, but undertaken with a global lens, a follow up to Brun’s Melanin EP last year, using the richness of experiences and interactions Brun has enjoyed in the last decade producing and DJing around the world. This revisionist approach was something Brun saw in all his collaborators; LASTMONDAY’s reggaeton flips of old school hip-hop, Fuego’s pioneering trapchata discography and re-imagining of Caribbean classics like Gyptian’s ‘Hold Yuh’ and Ms Nina’s neoperreo take on Latin club music.

“Sammy Sosa and Ocho are tracks made to dance too, to bring people together. People need this, even in moments of darkness and tragedy. My activism in Haiti is always ongoing, but as an artist I also want to push Haitian culture forward at a global level, and this release does this through the universal language of club culture.”

Sammy Sosa is out today, featuring a video that puts fun and sexiness back into the diamond, a nod to Central America’s love of baseball. Ocho will be released September 15, to kick off the start of Latin Heritage Month.