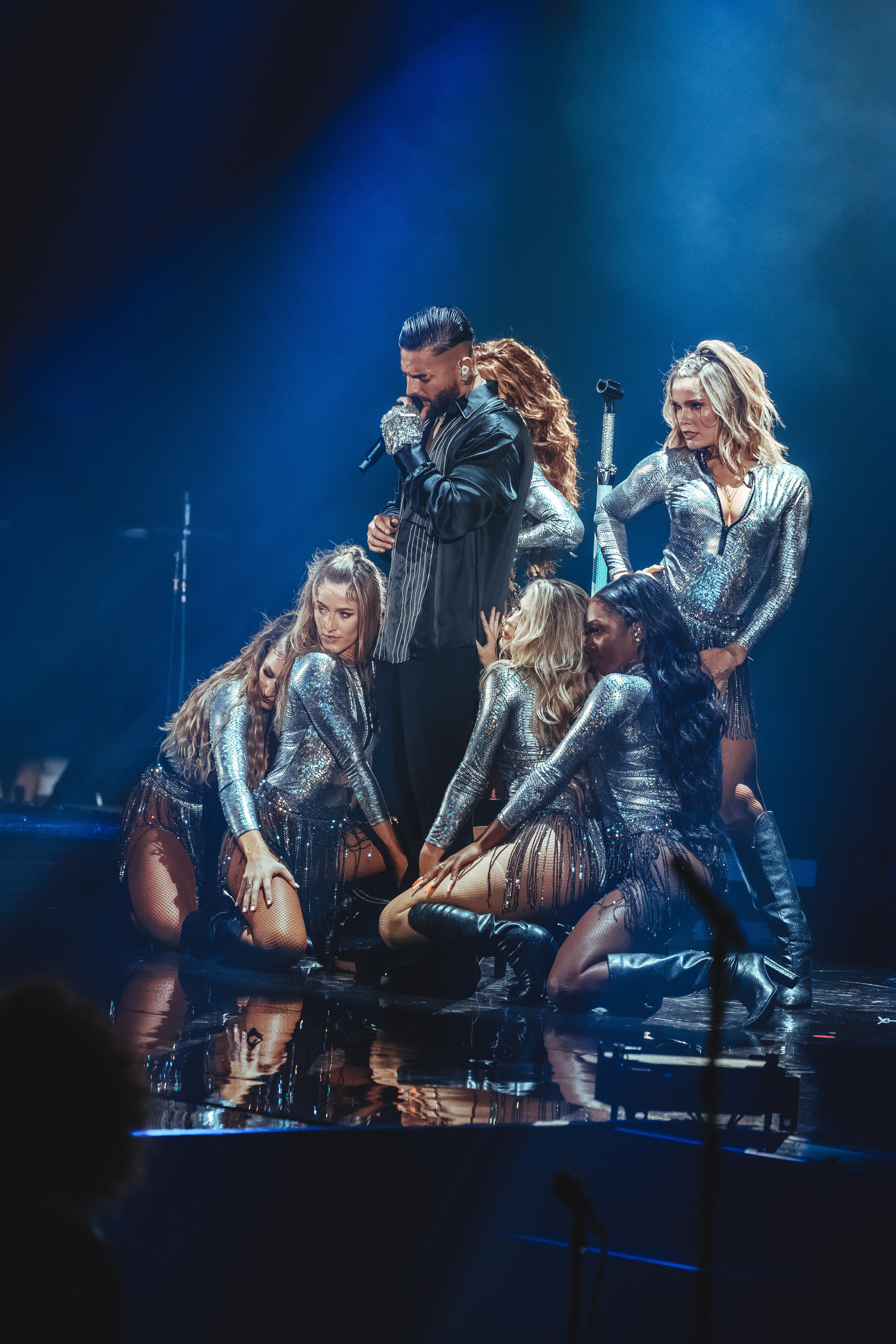 After an 18 month tour hiatus due to the pandemic, global Latin music idol and box-office phenomenon Maluma is back to what he does best. He kicked off the North American leg of his Papi Juancho Maluma World Tour this weekend with sold out arena shows at Sacramento’s Golden 1 Center on Thursday night and Los Angeles’ The Forum on Friday night; and filled the Las Vegas’ Michelob Ultra Arena at Mandalay Bay Resort & Casino on Saturday night.

An elated Maluma was visibly excited and emotional as he performed to the euphoric sold out crowds that totaled more than 30,000 people in the tour’s first three shows. The audiences sang along, danced, screamed and ovationed the global idol. 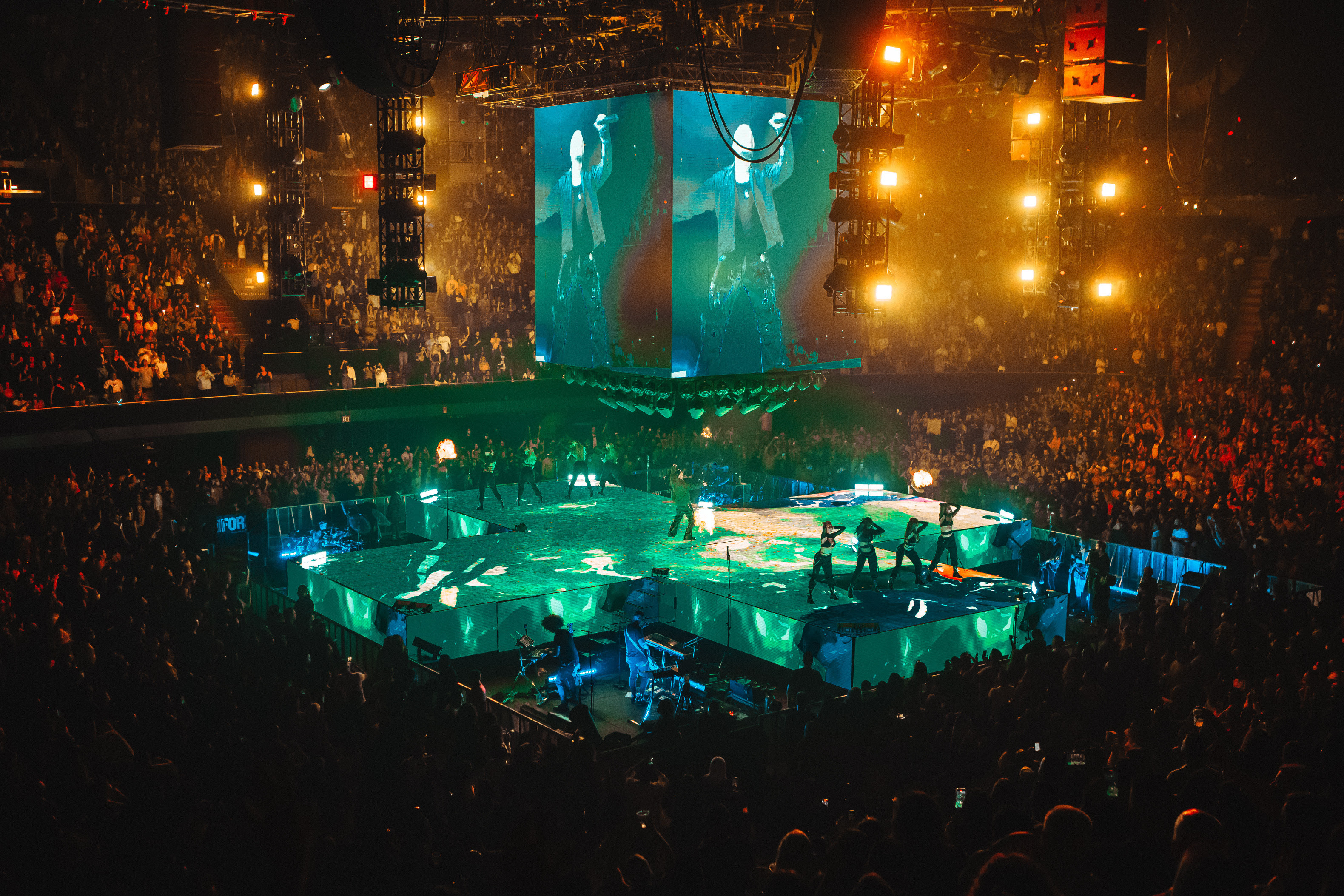 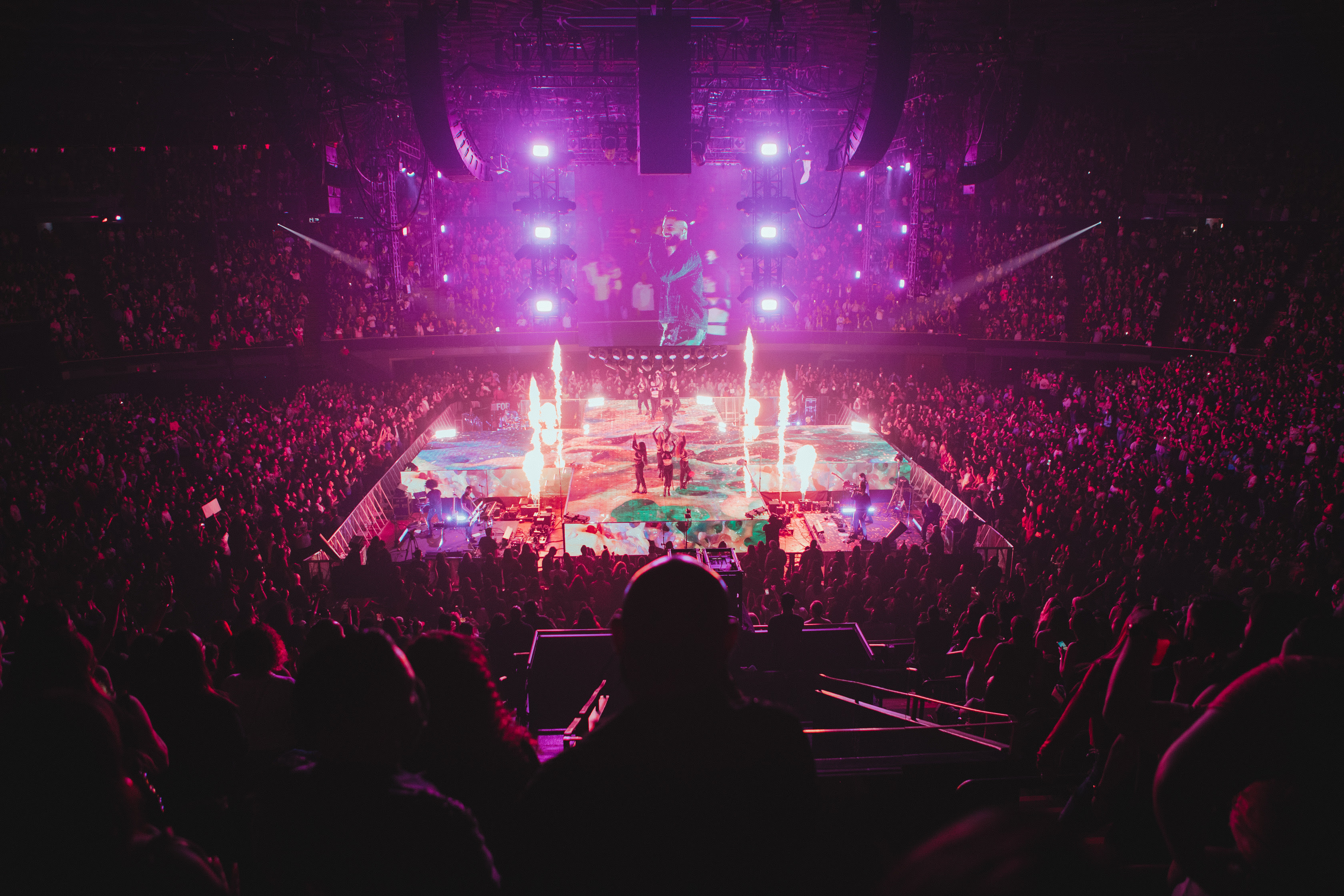 The concerts featured an impressive cross-shaped stage surrounded 360 degrees by fans where the artist, eight dancers and his seven-piece band performed. The concert opened with global smash hit “HAWÁI” and went through more than 20 songs of his repertoire of recent hits off his Papi Juancho and #7DJ albums as well as the classics like “Borró Cassette”, “Felices los 4”, “Corazón” and “Chantaje”. The show featured an acoustic interlude in which the young idol was accompanied only by a piano to perform “Marinero” and “ADMV”. Maluma expressed his happiness and gratitud on several occasions during each show for being able to perform and give his heart to those in attendance. His outstanding showmanship was a testament to that, as the artist gave his all during the 90+ minute shows which featured live band music, choreography, pyrotechnics, several outfit changes, and a Maluma that did everything possible to get closer to his audience.Six LED screens with the highest resolution were suspended from the ceiling projecting video content as well as live concert footage as they rotated to the rhythm of the songs adding life to the show. The tour is traveling with 500 square meters of video, 360 degree stereo sound, more than 80 channels of live sound amplification, 20 motors of variable speed motors, 17 closed circuit cameras, 400 lighting machines, more than 3,000 lighting programming cues, 600 pyrotechnic cues, more than 450 pounds of highway cargo, 11 fifty-three foot trucks of equipment, 5 tour buses and 90 people as part of the tour staff and more than 200 local staff support staff in each market. The North American leg of the tour is being produced by Cardenas Marketing Network (CMN).

The next stops for the Papi Juancho Maluma World Tour will be in California; in San Jose, Ontario, and San Diego. After visiting a total of 27 cities in the United States and Canada, the tour finishes on October 14th in Chicago, Illinois.

Papi Juancho Maluma World tickets are now on sale via www.ticketmaster.com, www.axs.com for select venues only, and www.haciendamidland.com for Odessa, Texas.