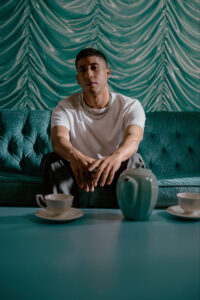 Puerto Rican singer, songwriter and rapper Kris Floyd, releases new single “7/24”. This is the first preview of what will be his next musical work.

This song comes after his hit «Códigos» which has become essential in the artist’s repertoire. «7/24» was written by Kris Floyd himself and musically produced by Saints. Promising to become a true anthem, it is loaded with an enveloping melody and this striking trap track reflects the union of sounds and lyrics with which the interpreter creates his appealing music. The song released on NEON16 is now available on all digital streaming platforms.

“Most people think that you are working non-stop every day to simply ‘make it’, but that’s not always the case. Sometimes one doesn’t stop working and dedicates time to their own things because they don’t want to go back to the situation they were in initially, because one simply wants to live off of this and wants to grow more and more every single day. As in almost all cases, everything has a price and to be able to move forward, many times we have to put aside relationships or we simply can’t maintain a relationship and give it the time it deserves.», expressed Kris Floyd.

The release of “7/24” comes accompanied by a striking video, shot in Bogotá, Colombia, under the creative direction of JASZ, from the renowned production house Rino Films. The piece is presented with a neutral color palette and shows Kris in different scenes within a minimalist mansion with a “vintage” presence, which perfectly sums up the concept of this song.

“This song talks about how going back to an 8-5 job is not an option and that’s why you have to work 24/7. Not for anyone else, but for yourself and through doing that, it is very difficult to maintain a relationship no matter how much you love a person”, he concluded. 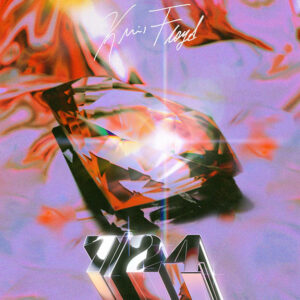 With a growing career, Kris Floyd’s music spans in a wide range of styles. Without a doubt, the young star is a modern day artist and with this new single he features a fresh and unique sound, adding on to the versatility that characterizes him. The breakout singer seeks to consolidate himself in the Latin urban scene.

ABOUT KRIS FLOYD:
Puerto Rican native Kris Floyd is Urbano music’s next up-and-coming rapper, songwriter and performer set to take the world by storm and make a name for himself with his unique flow and lyricism. Kris has possessed a love for music from an early age, finding inspiration and support from his father and his family who were all musicians, inspiring him to learn his way around instruments like the guitar and percussion early on. Kris established his music, and himself, as something and someone that is remarkably authentic, raw and original with lyricism and prose that covers darker, melancholic themes in a way that sets him apart from his fellow musical counterparts. Unlike others in the industry, he focuses on the realness of everyday life, which will help propel his popularity among fans on a global scale. The breakout Urbano performer doesn’t seek to be classified as just a rapper, but as a true artist who possesses an immense respect for the craft and art of creating music that is not only real and organic to him, but also to fans and the new generation of LatinX listeners. Kris showcases the ability to move fans through the use of his unique flow, rhythm and prose that is intricately woven with his incredible depth of emotion in a way that no other artist in the Urbano genre has. Kris was tapped to collaborate on Tainy’s “Malos Habitos”, part of the award winning producer/artist’s debut EP “The Kids That Grew Up On Reggaeton-Neon Tapes”. Recently, Kris dropped his singles “Complicado”, “Códigos”, and “CERO”, he also collaborated with Tainy and DaniLeigh on “Falta”, and as a composer on J Balvin’s hit “Tu Veneno” and on four tracks off of Selena Gomez’s latest album, including global hit “Baila Conmigo». Kris will be releasing more music this 2021.