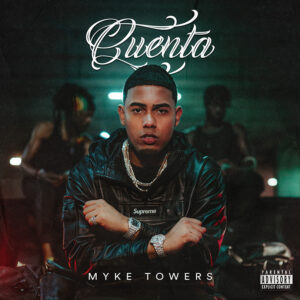 Myke Towers, one of today’s leading Urban performers and rappers, releases his latest single “Cuenta.” In addition to the release of his latest track, the lyrical phenomenon is also dropping the official video. The song is available to stream on all digital platforms today.

With “Cuenta,” Towers continues to demonstrate his lyrical power, musical finesse, and captivating flow in a way that only he can achieve. The song sees Towers dive into a storyline that depicts the stark differences between the past, the present, and how to be truly unapologetic about everything that one has worked hard for. The video for the song was directed by Charlie Nelson and provides the ideal backdrop for Towers’ gritty and raw lyrics. It incorporates dark hues and themes while symbolically centering Towers as the mastermind of his career and future.

The Puerto Rican superstar’s new song comes on the heels of receiving three nominations for the sixth annual Latin American Music Awards. Towers is nominated under the Best New Artist, Favorite Urban Song, and Collaboration of the Year categories for his hit song “Caramelo Remix” with Ozuna and Karol G. In addition to his nominations, Towers will also be performing during the live telecast on Telemundo on April 15th from the BB&T Center in Sunrise, FL. 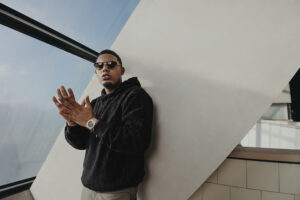 Last year, Towers’ album Easy Money Baby was certified triple-platinum by the RIAA and debuted in the No.1 spot on Billboard’s Top Latin Albums and “Latin Rhythm Albums” chart. Several of the Puerto Rican performer’s hit songs also received certifications: “La Playa” (5x Platinum), “Diosa” (3x Platinum), “La Playa Remix” (1x Platinum), “Si Se Da” (10x Diamond), “Si Se Da Remix” (7x Platinum), and “Girl” (3x Platinum). His recent global hit “Bandido” alongside Juhn, which is part of his latest EP “Para Mi Ex”, was also certified 3x Platinum. Currently, Towers has six singles charting on Spotify’s Global Top 200 list and holds the top spot in 12 countries on YouTube and six countries on Spotify. He also has 38 songs charting across various platforms around the world. In addition to all of these successes, Towers is ranked No. 8 on Spotify’s “Most Streamed Male Artists” thus far in 2021 with over 1 billion streams. He also worked on Selena Gomez’s debut Spanish EP for the song “Damelo To’” which has ranked No. 4 on Spotify’s “Top Debut Songs” for March 12-14. In February of this year, Towers and his independent label Whiteworld Music signed their first global distribution pact with Warner Records and Warner Latina.