This song marks the beginning of a new phase, for the Colombian group and is the first single from their upcoming fourth album 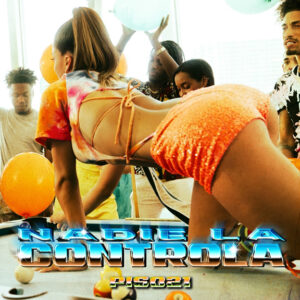 In a year full of changes, music has undoubtedly been a great ally for millions of people around the world and for Piso 21. In addition to accomplishing new goals, this time has also been a source of inspiration allowing the group to continue taking their sound everywhere. Piso 21 has conquered new fans and reaffirmed why they are still one of the most popular Latin groups of recent years.

With this release, this Latin Grammy-nominated group also show us they are living their best moment, both individually and musically. Piso 21 continues to take their music across all stages, where not even the pandemic has prevented the success of the band from continuing to grow with each of their songs. 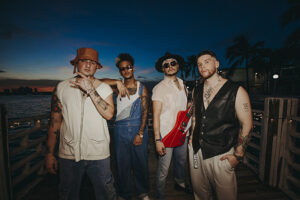 At the same time, Piso 21 re-entered the studio to focus on what will be their new album featuring new sounds that will reflect the growth of this Colombian super group and where the evolution in their lyrics, sound, and musical influences will be reflected in each of its tracks. «Nadie la Controla», is a sneak peak of their upcoming work which premieres with an official video recorded in Miami, directed by Charlie Nelson. The production was in the hands of Súbelo NEO, a duo of producers from Puerto Rico made up by Freddy Montalvo Jr. and José Cruz, who understood perfectly what the group wanted to express.

With this music video, Piso 21 wanted to show their fans this new phase which also promises to conquer millions with their unique sound. This track shows us why Piso 21 is known for conquering the world. The group wanted to communicate that party feeling as they know how to, making it clear that like Piso 21, there is no other.